The concept I have postulated is more an intellectual exercise with theoretical validity, aimed to give a codified structure to what is often attempted in contemporary orchestral/operatic/fusion/film forays with "a Carnatic base".  My postulate also offers a mathematical extension to such forays since many new combinations can be tried more systematically by futuristic composers interested in venturing into this territory. 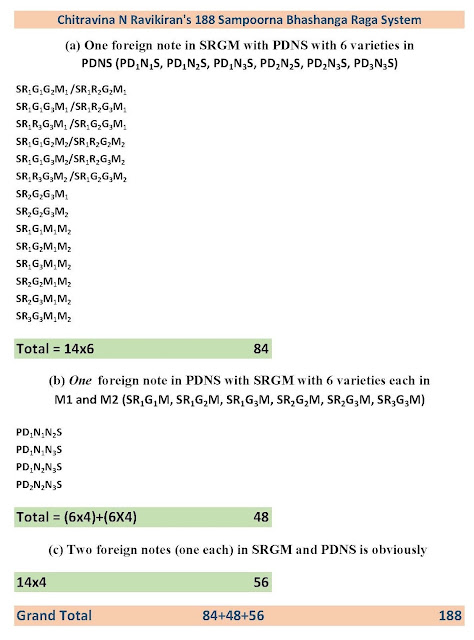 PS: I thank Mr Ram Athreya for pointing out a calculation redundancy in my original list.
- August 29, 2015 No comments:

(Note: This article is about no individual, group of individuals or about specific happenings in any country or region.  It merely sets out ...

www.ravikiranmusic.com
A student of music, cricket and life... Except for my posts on music, feel free to take everything I say with salt, spices and anything you like as long as it doesn't raise your BP :-)